Public reenactment of a speech given by author and activist Howard Zinn at a peace rally on Boston Common on May 5, 1971. Zinn defends the use of civil disobedience to protest the war in Vietnam and calls on Congress to impeach the president and vice president of the United States for the high crime of waging war on the people of Southeast Asia. Matthew Floyd Miller delivered the speech on Boston Common on July 14, 2007.

“For me the event at the Common was undeniably stirring. There was an odd sense of chronological dislocation, too, for though the speaker seemed to be addressing people in the present, he was, in a theatrical sense, speaking to an invisible audience, a crowd with a very different sense of the moment. That audience dispersed many years ago, yet one felt it reconvene as a ghostly presence.” 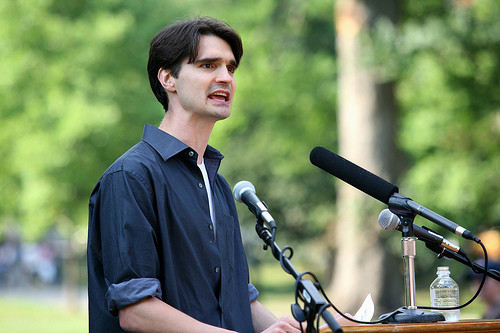 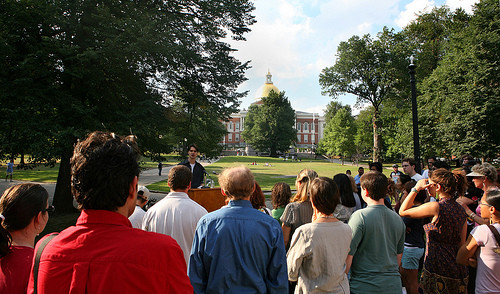 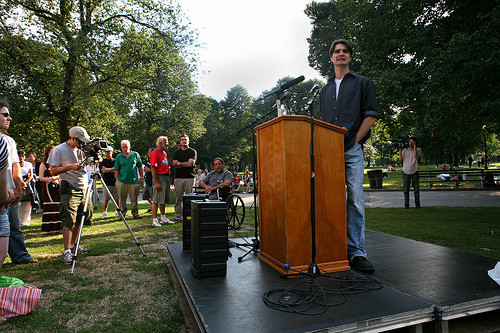 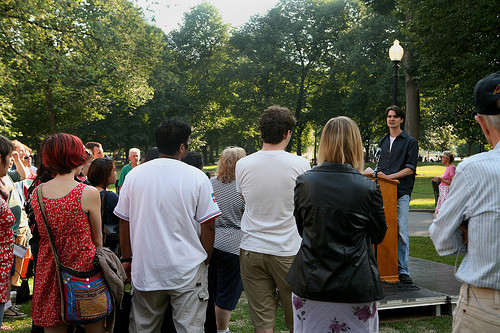 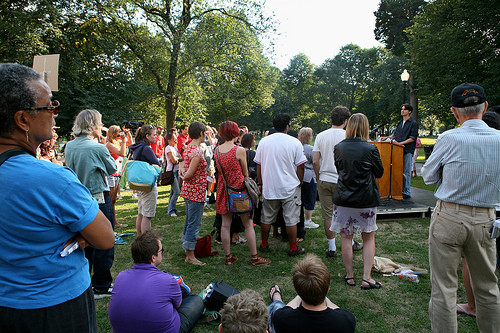 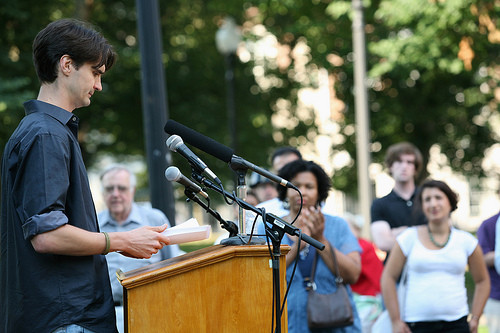 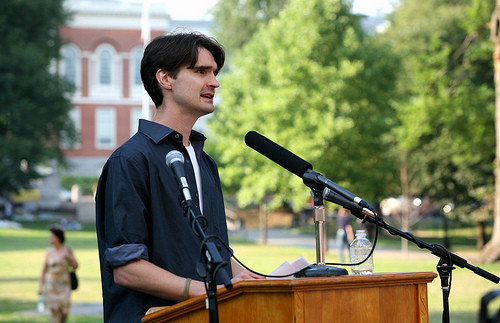 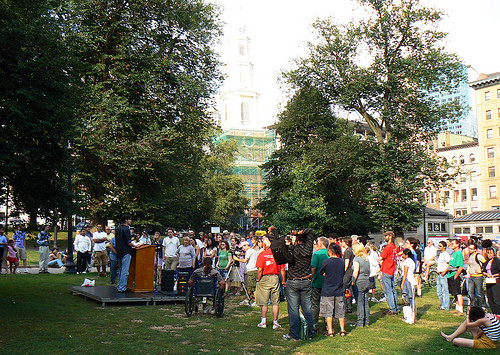