Rare Earth explores the function of landscape as a symbolic setting for paramilitary fantasy. It consists of photographs of landscapes found in combat video games, moving pictures shot at a militia training ground in Upstate New York, and a reference library containing books on landscape, militias, and video games. 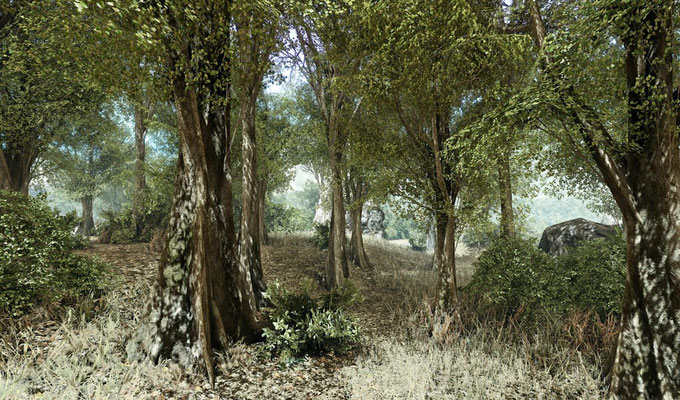 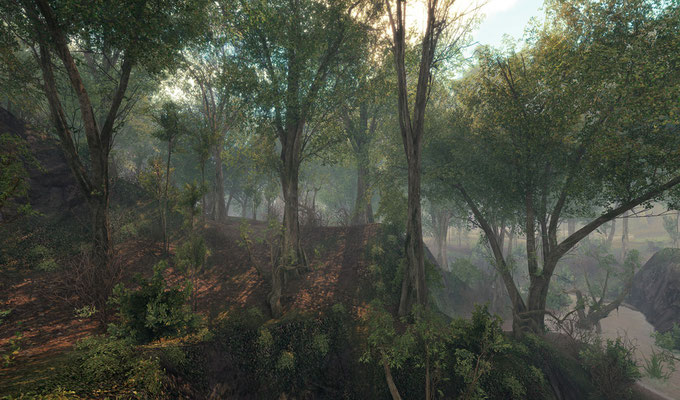 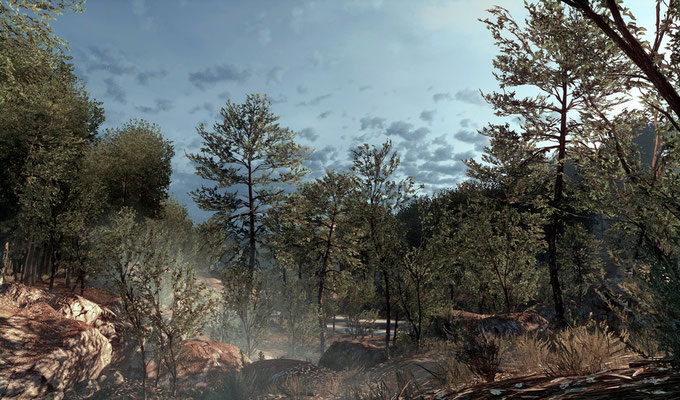 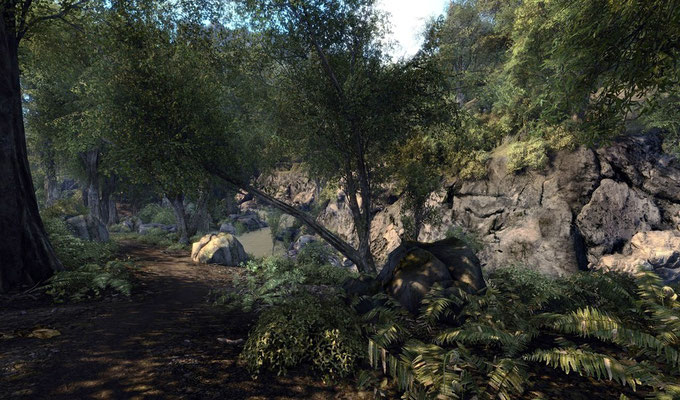 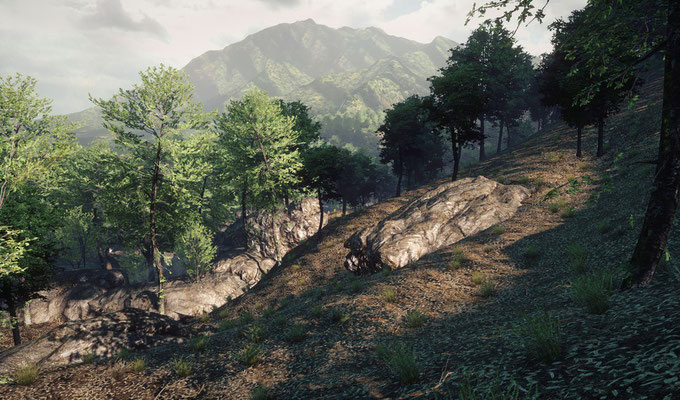 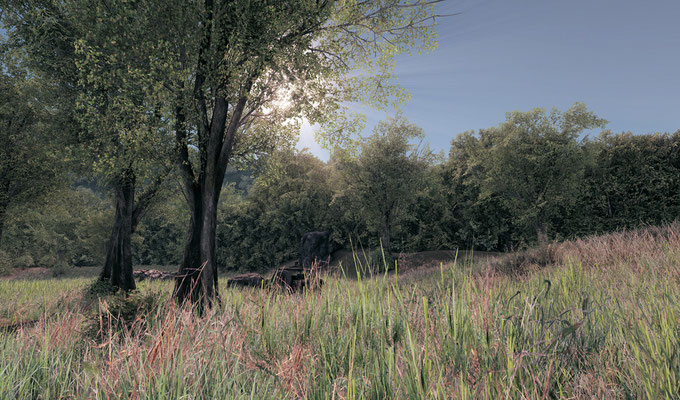 Rare Earth was first shown as a solo exhibition at Momenta Art in Brooklyn, NY from May 5 through June 18, 2012. Photos from Rare Earth were included in "The Skin We're In," a group exhibition at Yossi Milo Gallery in New York City from August 2 through August 31, 2012.

For the past few years, my work has been about political protest. In the Port Huron Project, I staged reenactments of speeches by Angela Davis, Cesar Chavez, Stokely Carmichael, and other New Left leaders of the Vietnam era. And in The Dystopia Files, I collected video clips of police and protesters mixing it up on city streets, and exhibited them in installations and performative screenings. I came to think of protest as a kind of public performance, and started to wonder how politics are performed on the far right. I started to research right-wing militia groups, and found that their training exercises, in which they move around the woods in camouflage shooting assault weapons, have a lot in common with first-person shooter video games. I started watching YouTube videos of militia training exercises and video game combat, and became fascinated by the landscapes.

There is little doubt that video games are a significant cultural form, analogous perhaps to cinema in its early days. There are some artist-made games, and art made with and about games, but the popular games are analogous to big-budget action films: high production values but usually of limited artistic merit. Much as certain Hollywood blockbuster have astonishing special effects, some of these games have incredible landscapes: realistic, convincing, and often remarkably beautiful. The designers of these landscapes, often art school grads employed by game publishers, seem to be influenced by the conventions of Western landscape representation, even if they aren't intentionally reproducing them. As they get more sophisticated, video game landscapes appear to be combining aspects of landscape photography with some of the qualities of landscape painting. Unlike paintings and photographs, these landscapes are worlds in which you can walk around and explore. Some game publishers allow users to download software development kits so they can make their own worlds. There is a whole world of world-makers out there. It occurs to me that video game landscapes may be a significant new phase in the history of landscape representation. They are certainly a sign that video games are coming of age, and yet another indication of the convergence between what used to be known as virtual reality and what I still think of as real life. The Air Force recruits gamers to fly drones that kill real people they only see on screens. The drone pilots may be physically safe in their bases in Las Vegas, but the experience feels so real that some of them develop PTSD.

Art in America: "Tribe's work at once invokes and dissolves this insidious daydream of Manifest Destiny, in which the viewer lays claim to all he beholds. The realization that what one is seeing is just so many pixels coincides with an opportunity to reflect upon the triumphalism implicit even in seemingly innocuous depictions of natural beauty."

New York Times: "Momenta Art, a tenacious nonprofit space, moved here a year or so ago from Williamsburg, bringing with it a politically minded sensibility fairly rare in Bushwick, evident in a series of photographs by Mark Tribe that look like Romantic landscapes but are lifted from paramilitary-themed video games."

- "The Skin We’re In: Group Show at Yossi Milo Gallery"

Brooklyn Based: "Quite often, we think of activism as a noisy affair: rhetoric projected over loud speakers, canvassers on the streets, campsites pitched in public parks. But the activism of performance artist Mark Tribe—or at least the breed that currently occupies the galleries of Momenta Art—is much quieter in nature. In Tribe’s solo exhibition Rare Earth, it is the silence of the image that activates one’s political nerve."

Hyperallergic: "Tribe has come a long way from the sublime of David Caspar Friedrich and the American Luminist tradition of Frederick Edwin Church or the hyperrealism of Ansel Adams. Rather, he shows us landscape transformed into the murderous sublime — landscape as conquerable terrain, one of the two main ingredients in war (the other being body count). Tribe’s landscapes represent not just the practice field or a hypothetical and virtual battlefield, but a game space that with the slightest shift in gears becomes the quiet landscape of upstate New York."

- Susan Silas, "A Building Portends the Future of Bushwick"

Hyperallergic: "The Evolving Landscapes of Video Games" by Allison Meier

Nautilus: “In Art Made From the Digital, Its Imperfections Art Revealed” by Heather Sparks