Large photographs of virtual landscapes, these shaped UV prints explore the aesthetics of aerial imaging. Commissioned and first exhibited by the Corcoran Gallery of Art in 2014. 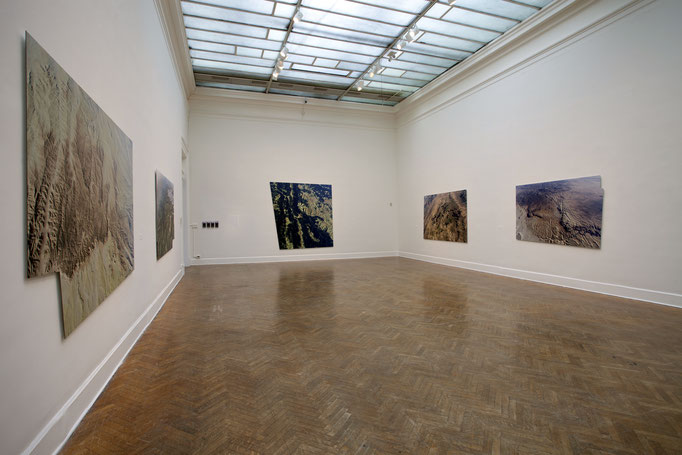 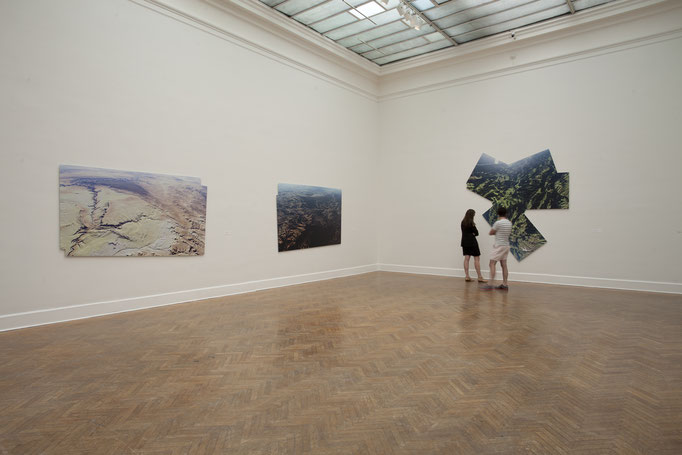 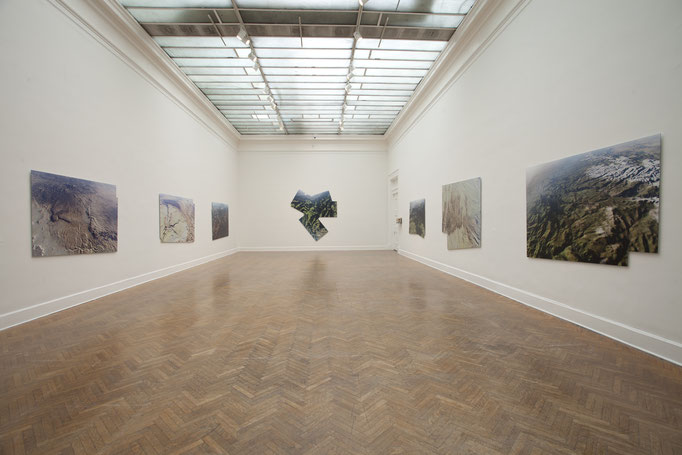 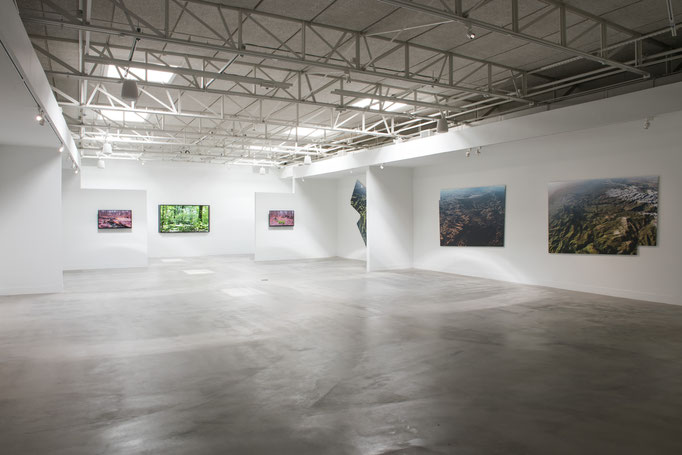 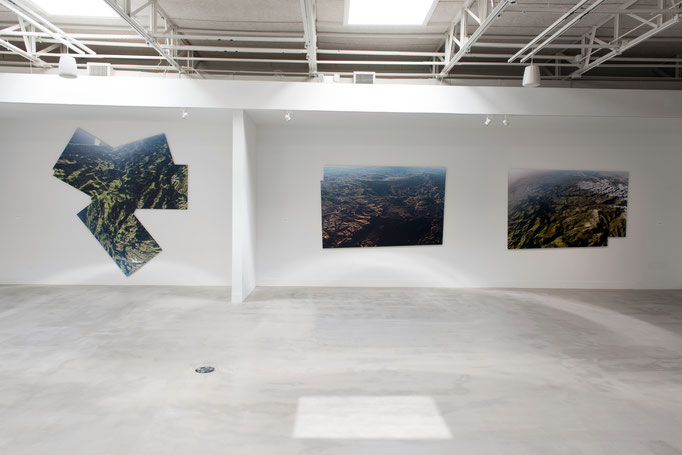 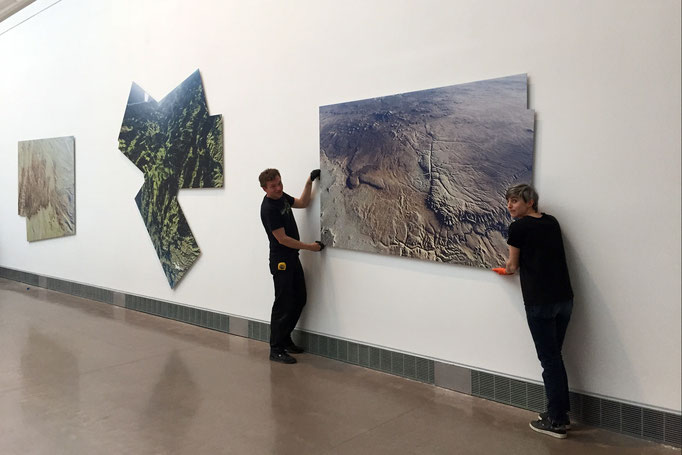 Plein Air is a series of aerial photographs of virtual landscapes created with found software that uses geospatial data to create a simulation of the planet Earth. Each photograph is a composite of several high-resolution screen captures. The resulting images, with their irregular polygonal shapes, are UV printed on Dibond.

Plein Air looks at the land from a “drone’s eye view,” a mechanic perspective that is playing an increasingly important role in contemporary culture.

Like my earlier project, Rare Earth (2012), this series explores idealized virtual worlds: unspoiled, edenic places that, it seems to me, are symptomatic of a longing for a time before we started to destroy the land.

According to Philip Brookman, chief curator and head of research at the Corcoran Gallery, “Plein Air collapses the boundary between the actual and the virtual—the abstract and the representational—in ways that challenge the basic premise of photography. This project pushes some of the technological boundaries of image making and at the same time connects Tribe’s innovative practices to the historical conventions of landscape painting and photography.”

Photography, particularly landscape photography, is as much about projection as it is about representation. The camera captures images, but it also projects power: not only the power to see and to imagine, but also the power to picture the land, to investigate the story of its past, and to delineate its future. First made from balloons

in the mid-19th century, aerial photographs developed significantly during the First World War, when it was used for reconnaissance. In 1968, orbiting astronauts first photographed an iconic view of Earth rising over a barren moon—an image that forever changed our notion of landscape as a subject. Since then, military applications of aerial imaging technology have expanded exponentially, from spy planes to satellites and, most recently, drones.

Plein Air interrogates, reframes, and implicitly critiques the ways in which landscape images are used to expand territories and defend geopolitical interests. We are entering a new era in which aerial imaging, facilitated by satellites, geospatial simulation technologies, and drones, is proliferating and becoming remarkably sophisticated.

But these are not traditional photographs shot with lens-based cameras; they are data images produced by software, suggesting that the hovering lenses of unmanned devices produce images that can be as powerfully seductive as they are artificial. They are convincingly realistic yet, upon close inspection, obviously artificial. In this regard, they inhabit an uncanny valley where the real and the virtual seem to converge.

Washington City Paper: "The irregular polygonal panels—curious rhombuses and parallelograms with occasional protrusions and cut-ins—hint at the fact that overlapping images are stitched together to create each piece... “4406-4812” really drives home the discontinuous nature of Tribe’s experiment. Four or five separate rectangles collide, creating a radial shape, and containing a buckling, topsy-turvy world with multiple horizon lines. It’s as if the eye of a drone rotated, midflight, looking from back to front as it passed high over mountain ranges, and translated the data from that journey into an impossible planet."

Eutopia: "Mimicking the majesty of vacant landscapes, several geometric panels portray an alter-existent aerial reality generated by computer software. Reminiscent of drone data accumulation, these ou-topos images resituate our relationship to landscape and the tranquil pastoral as potentially sinister. Complimented by flat-screens videos of nature capturing and looping a banal moment as a window onto the ideal, the site’s geo-specific context and current usage as militia training grounds conflate nature as a substrate and primer for war. Similarly, deceptively realistic digital landscapes are captured from first-person-shooter games, coopting brilliant technical artistry as escapist simulacrum into a training ground sans morality."